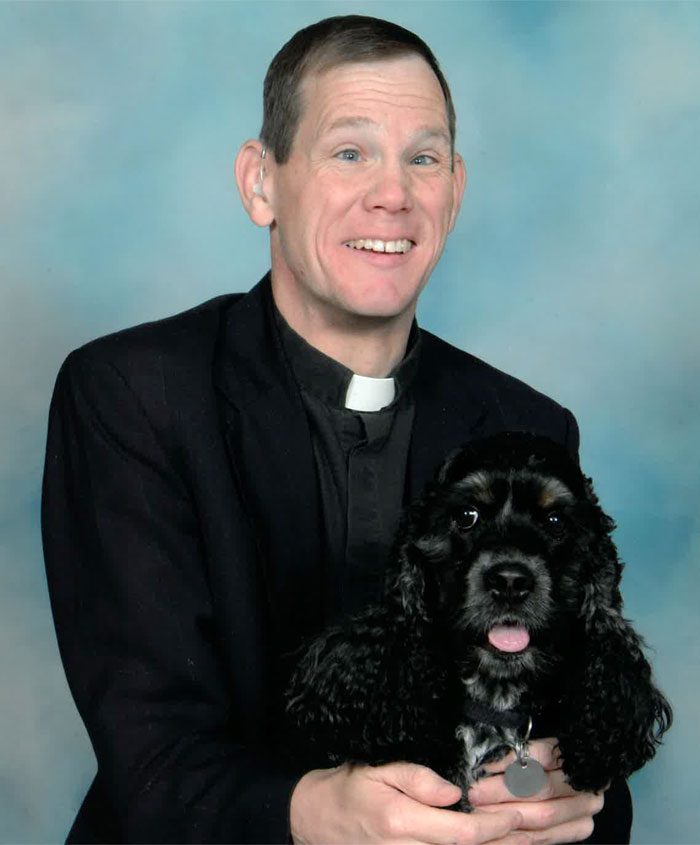 Pastor Jon is a weaver of stories. A native Michigander, he has served churches in South Dakota, Kentucky, Pennsylvania, and Oregon before arriving in Newaygo in 2010. He has enjoyed hearing and participating in the stories and lives of the communities he has served. He has listening ears, tales to tell, and a roomful of books. He remains endlessly fascinated by all of God's creation, including your life as well. Come and join our story.

A native of Wyandotte, Michigan (Eastern Side, South of Detroit), he graduated from Theodore Roosevelt High School in Wyandotte, from Kalamazoo College with a B.A. in Psychology and Religion, and from the Yale University Divinity School with a Masters of Divinity.  He is ordained in the United Church of Christ (back in the pre-cell phone days) and has served churches in South Dakota, Kentucky, Pennsylvania, and Oregon. He has served this church since November 2010.

He remains as fascinated as ever with psychology and Christian, Biblical, and American history.  He has been known to write an occasional newspaper essay or a poem. His son, Benjamin, is a freshman at Elmhurst College in Elmhurst, IL.

Ben left behind a dog, Baxter, and a cat, Cleopatra, to keep Dad from getting lonely.  When Pastor Jon (yes, he’s tall and yes, he talks quite a bit) is not busy chasing animals around the parsonage, he reads, listens to music, watches movies, and engages in a long-running commentary on contemporary culture. He would love to hear where God has led you in your life.